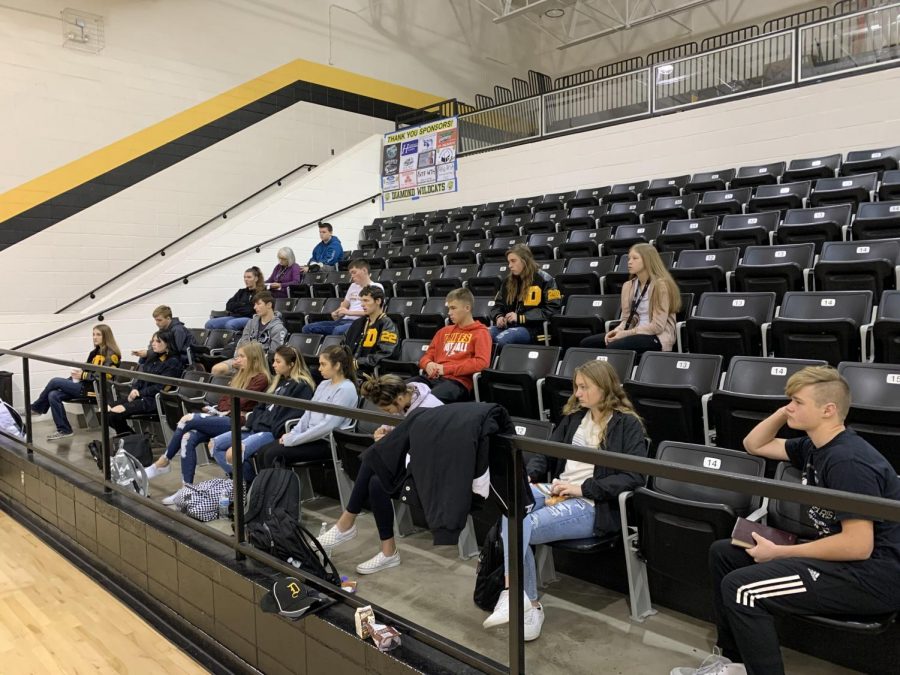 FCA is the Fellowship of Christian Athletes. This club is a sports ministry that was founded in 1945. It is based out of Kansas City but has been made known throughout the United States and even abroad. Mr. Albin, the Diamond director of FCA,  described the club as, “An organization of highschool students that believe in Christ and want to get together to study and represent Christ in a positive way.” The meetings are super hands on and student oriented. The members can interact and even lead in many of the studies.

According to Mr.Albin, all you have to do to get involved is show up. The weekly meetings are typically Thursday mornings, around 7:30. The study ends with plenty of time to get to the first hour on time, and includes a variety of different speakers that encourage and unite the believers of the Diamond school district. The club may also organize or attend other local activities based on what the group wants to participate in. Previous years, FCA took an annual trip to view a minor league baseball game. However, due to covid, this year’s trip may be cancelled.

The last but most important thing Mr. Albin added at the end of the interview was that, even though the club is titled ‘Fellowship of Christian Athletes’, there is no requirement to join. No involvement in any type of sports is needed to show up. Likewise, it is not just a club for Christians, it is for anyone interested in learning about God. Albin explained this by stating, “ I would love anybody that wants to come, even if they’re not a Christian or an athlete.” He went on to say that it is for all ages as well as religions, and the title is very misleading. To clarify, anyone and everyone is welcome. Furthermore, he cannot wait to see where the club will lead this year.